What can words do

but link what we know
to what we don't,
and so form a shape?

This spring, weighted by the spiritual malaise of the ongoing pandemic, I decided to write poetry again—a creative practice I have neglected for over a decade.

Immediately, the world revealed itself anew. The foliage of my dog walks through Frick Park was no longer a static backdrop. Instead, the forest pansy proffered its pink buds like palms, translucent and veined; the flowering dogwood split crimson at the crown of its petals like a wound. As my language spoke these objects into being, externalizing my claustrophobic interiority, I realized that I wasn't only reacclimating to poetics.

I was also reacclimating to my queerness.

For me, queerness has never solely been borne of sexual desire, but has existed—as the poet Mark Doty describes in The Art of Description—as an "artistic temperament [...] a kind of oblique position in relation to the real, one that is often enabled by sexual difference but in no way restricted to it." It is a temperament cultivated through its own literary genealogies, "chosen families" of poetic influence by which writers select genomes of syntax, meter, and voice.

Doty's assertion that "it’s fundamentally queer to be a poet" is a phenomenological question—a question of how that "slight angle" (as Doty borrows from E.M. Forster) manifests as poets direct their being toward the world. To answer that question, we can explore what a queer phenomenology entails and how these meanings intersect with literary theory about the nature of poetics.

In the book Queer Phenomenology (2006), philosopher Sara Ahmed extracts the notion of orientation from "sexual orientation," exploring how bodies inhabit space in relation to objects and each other.

The work of inhabitance involves orientation devices; ways of extending bodies into spaces that create new folds, or new contours of what we could call livable or inhabitable space.

We thusly develop intimacy with space, as its social forms impress themselves into our bodies. Consider how one approaches the typical American grocery store: the body abuts the carts and baskets while entering, lurches forward toward the produce, and meanders in an orderly fashion along an expectant trajectory of pastas, canned vegetables, frozen meals, and milks. The replication of this layout allows that which is technically strange—the grocery we will enter for the first time—to feel familiar as we extend ourselves autonomously into its space.

What happens, then, when the social form is disrupted? When the apples are no longer passive objects to reach toward but emerge as a sheaf of blood cells scabbing over the aisle's skin? Ahmed describes these moments—when a body can no longer extend itself into space—as a state of disorientation. This disorientation is the crux of queer phenomenology: space itself queered by bodies "out of place," causing the once-familiar objects of one's trajectory to re-emerge as strange.

If the sexual involves the contingency of bodies coming into contact with other bodies, then sexual disorientation slides quickly into social disorientation, as a disorientation in how things are arranged. The effects are indeed uncanny: what is familiar, what is passed over in the veil of its familiarity, becomes rather strange.

To Ahmed, the phenomenological beauty of queerness lies in this state of disorientation. Queerness allows the objects that share space with us to take unconventional shape, so that we may direct wonder toward the emergent, strange world in which the familiar—now appearing to us with the oblique quality described earlier by Doty—can "dance again with life."

This notion of "making the familiar strange," so critical to Ahmed's queer phenomenology, finds surprising precedent in Russian formalist literary theory from nearly a century earlier.

In his 1917 essay "Art, As Device," the theorist Viktor Shklovsky explores the power of art to break people from complacency—to "restore the sensation of life, in order to make us feel things." He attributes this complacency to "routine actions" that allow our skills to "retreat into the unconscious-automatic domain." To better understand this process, Shklovsky offers a thought experiment:

In this way, to be complacent is to be oriented, to be so acquainted with the social forms of space and objects that we can extend ourselves automatically into them. It is also the means by which Shklovsky derives his distinction between poetry—as an art—and the common dialogic patterns of prosaic language, with its "understructured phrases and its half-pronounced words."

While we as readers may easily extend ourselves into the familiar bedding of prosaic forms of speech, poetry distorts those forms. Its metrical units interrupt our conversational rhythms. Its lyrical diction plucks melodies from assonant and consonant constructions. Its syntax wrings excess language (what Heidegger would call "unessential words") out of every phrase. Poetry, in short, has a disorienting effect.

Shklovsky calls this effect ostranenie, otherwise known as "defamiliarization" or "enstrangement." Unlike prose's propensity to simply "[call] a thing or event by its name" (as recognition of the familiar), poetry's method of enstrangement consists of "describing it as if seen for the first time, as if happening for the first time." Through poetry, we develop a special relationship to the newly-enstranged, re-emergent objects around us. We no longer recognize them, but fully see them in their objecthood—a stone, as Shklovsky describes, becoming more "stony," more real.

In a 2018 interview with Bayou Magazine, Doty was asked about the "artistic temperament" of queerness and whether it was possible to be "consciously cultivated and nurtured." He answered:

I’m in favor of cultivating a salutary sense of strangeness; to be reminded of the peculiar, and how decidedly uncertain we are about so much, is a way of remaining awake.

Doty's comment intimates to a beautiful tautology: to be queer is to be a poet; to be a poet is to be queer. In queerness's disorientation of space we find poetry's distortion of language. In poetry's enstranged objects we discover the re-emergent objects of queerness. In each, our newly "slantwise" relationship to the world and its objects—once thought to only dwell in the realm of the erotic—allows us to wonder at the real unfolding all around us.

So what does it mean, then, to orient myself queerly in space—thus embodying the German poet Friedrich Hölderlin's since-famous maxim that "poetically / man dwells on this earth"? I think back to a recent moment in which I took the dogs for a late-night walk. Fog swept across the avenue like tulle, only broken by streetlamps which flashed like bare legs in the dark. Dog collars jangled at the end of the leash's long arm, and the long day's rain glinted like sequins sewn into each blade of grass. As we approached the park, the moon ascended over curtains of leaves, scattering reflected light across the treetops. The clouds shimmered. It was a ball. 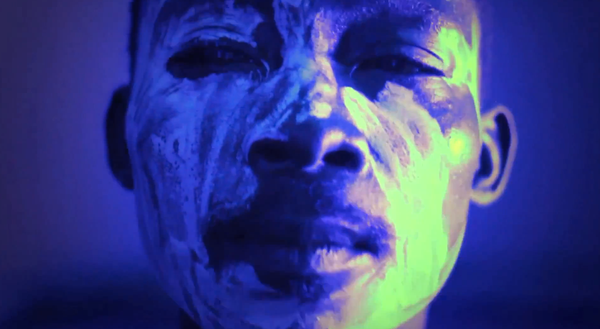 Protests against the continuous state-sanctioned police murders of Black, Brown, and Indigenous people in America haven’t only inspired a global dialogue about systemic racism, but they have also forced a reckoning with the legacy of White supremacy as it manifests across all facets of contemporary Western culture. Club culture

Music scenes are often defined by their inaccessibility. Consider the whisper networks sometimes required to find the venue’s address, the late hours that push against people’s circadian rhythms, and aesthetics that challenge mainstream concepts of sound and performance. But what happens when that inaccessibility abuts another kind of